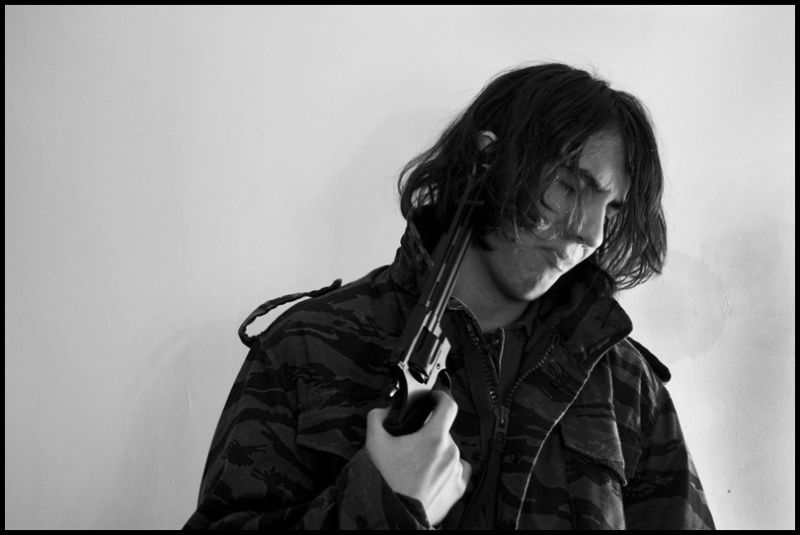 Previous Next
← previous day next day →

"Of the more than 30,000 suicides in this country each year, fully 20 percent of them are acts by veterans''

"It is estimated that the suicide rate among veterans from fighting in Afghanistan and Iraq is as high as four times the national average. The US Department of Veteran Affairs calculates that over 6,000 former service personnel commit suicide every year."

More US soldiers commit suicide when compared to armed conflict.

A strong image in b/w mono..such a sad reality, those numbers are not small..thanks for sharing.
*welcome to AM3, also welcome and thanks for visiting my page.

@Anne: Thanks, yeah it sure is. Thanks for the welcome, and no problem at all :-).

"A picture is worth a thousand words". It is a very knowed sentece, which takes all its sense when we look at this shot. I like your "guts"!

@Geneviève Caouette: Thanks, glad you liked the image, statement is very true.

Another output always exists,but we must look for it!nice shot,show the pro. more than words.

don't kill ur self!

@Paradise: Its not me lol.

Really powerful shot, we don't have guns in the UK in general so your words and image are all the more poignant

@CATCHLIGHT: Thanks. no guns in UK? Thats interesting.

Yeah , it's a strong gutsy image with an important message.

@Larry Elkins: Thanks for the comment, Yeah can be taken wrong by some for sure.

Love this image and I wish I had the gun to kill my computer today, looks like its going
fast, takes forever to scroll down even, that is when life sucks. Great image !~